Retro style is a style that is imitative or consciously derivative of lifestyles, trends, or art forms from the historical past, including in music, modes, fashions, or attitudes. It may also be known as “vintage inspired”

The term retro has been in use since the 1960s to describe on the one hand, new artifacts that self-consciously refer to particular modes, motifs, techniques, and materials of the past. But on the other hand, many people use the term to categorize styles that have been created in the past. Retro style refers to new things that display characteristics of the past. Unlike the historicism of the Romantic generations, it is mostly the recent past that retro seeks to recapitulate, focusing on the products, fashions and artistic styles produced since the Industrial Revolution, the successive styles of Modernity. The English word retro derives from the Latin prefix retro, meaning backwards, or in past times.

In France, the word rétro, an abbreviation for rétrospectif, gained cultural currency with reevaluations of Charles de Gaulle and France’s role in World War II. The French mode rétro of the 1970s reappraised in film and novels the conduct of French civilians during the Nazi occupation. The term rétro was soon applied to nostalgic French fashions that recalled the same period.

Shortly thereafter retro was introduced into English by the fashion and culture press, where it suggests a rather cynical revival of older but relatively recent fashions. In Simulacra and Simulation, French theorist Jean Baudrillard describes retro as a demythologization of the past, distancing the present from the big ideas that drove the modern age.

Most commonly retro is used to describe objects and attitudes from the recent past that no longer seem modern. It suggests a fundamental shift in the way we relate to the past. Different from more traditional forms of revivalism, “retro” suggests a half ironic, half longing consideration of the recent past; it has been called an “unsentimental nostalgia”, recalling modern forms that are no longer current. The concept of nostalgia is linked to retro, but the bittersweet desire for things, persons, and situations of the past has an ironic stance in retro style. Retro shows nostalgia with a dose of cynicism and detachment. The desire to capture something from the past and evoke nostalgia is fuelled by dissatisfaction with the present.

Retro can be applied to several things and artifacts, for example, forms of technological obsolescence (such as manual typewriters, cash registers, and bulky hand-held cellphones) and also the resurrection of old computer games and the equipment on which they are played.

Since the 1980s the implications of the word ‘retro’ have been expanding[12] in the application to different media. Several fields have adopted the term retro from the design world. Thus next to design artifacts like objects, graphic design, fashion and interior design, ‘retro’ can be used for: music, film, art, video games, architecture, television and food. Sometimes, it can also suggest an entire outlook on life (describing especially forms of social conservatism like homeschooling or the embrace of traditional gender roles).

From small accent pieces such as a quirky coffee tables or an entire collection of Retro Furniture, Retrospective Interiors bring you diverse choices. 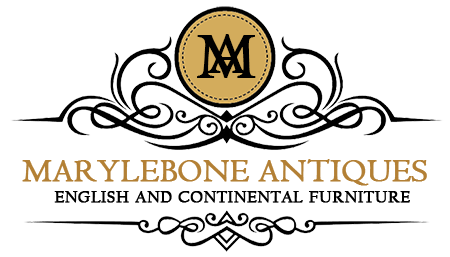 You've just added this product to the cart:
Menu